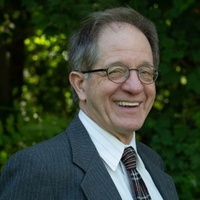 While Dean came into financial services later in his career, growing up in a prosperous Detroit in the 1950s gave him a great appreciation of financial planning and wealth management. “When Detroit began its decline, I watched what was happening to the families all around me,” says Dean. Having seen the devastation that can come from such a financial downfall, he values that the fact that the team at Madison Planning are able to help clients avoid a similar outcome. “We do a good thing. A really good thing.”

Dean didn’t join the team until 2001, but he’s known Gary for decades, beginning when he became Gary’s third client back when Gary was just starting his business. At the time, Dean was moving from startup to startup, helping a series of promising companies in the medical field. After his last startup, Gary asked him to take over operations at Madison. “When it comes to personalities, Gary and I are polar opposites, which turned out to be a great match. The things I love to do are the things he hates to do, and visa versa. And because we’d known each other for so long already, we shared a rather brutal honesty with each other. That’s added up to a really good working relationship.”

As Madison’s Operations Manager, Dean is responsible “keeping the lights on and the doors open.” Of course, in the world of financial services, that translates into much more than simply paying the electric bill. From maintaining securities and insurance licenses in each state, tracking and submitting the firm’s regulatory filings, overseeing compliance and bookkeeping, to maintaining the firm’s IT systems, Dean has his hands full. “Our business has quadrupled since I came on board a decade ago, and our team has grown a lot as well. Keeping it all running brings me new challenges every day, but working with people I know and like makes it all worthwhile.”

Dean holds a degree in engineering from the University of Michigan, and he is securities registered.