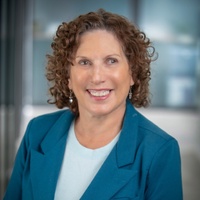 Rochelle came into the world of financial planning in a roundabout way, yet it’s no mystery about why it became her calling.

From an early age, Rochelle understood the value of a dollar. Born and raised just three blocks from Yankee Stadium in the Bronx, Rochelle grew up with working class people, many of whom lived paycheck to paycheck and were likely in some form of debt. Her mother was a firm believer in unions and civil service who worked for New York City, and her father was a hard-working cab driver with his own NYC taxi medallion. Recognized for her book smarts in elementary school, Rochelle was placed in an accelerated academic program and graduated two years ahead of her class. By 20, she’d already earned a bachelor’s degree from City College of New York, and she earned her MA from DePaul University four years later.

Though the pressure was on to live up to “being that smart,” Rochelle took a different path, embarking on a career as an elementary school teacher. “I loved teaching and working with my students. I loved learning that there is no such thing as one-size-fits-all.” And while the shrinking population resulted in a lay off and no new prospects, her passion for education had taken its roots. Working at an advertising firm, she realized that helping clients solve problems was her greatest strength. When an opportunity dropped in her lap to train as a financial planner, she knew she was on the right path after all. “Suddenly I had an opportunity to fold everything together: education, helping people, and offering solutions to help people like my parents leverage their hard-earned dollars into greater financial security. Voila! I had found my calling.”

She became a Certified Financial Planner (CFP) in 1987 and holds securities and insurance licenses in multiple states. She became an independent financial planner in 1992, working for notable companies such as IDS Financial Services (now Ameriprise), UNUM, and Ernst & Young where she focused on advising employees of the State of Florida regarding the changing pension system and employee options, as well as with employees at Pfizer, NYSUT, and Phillips Electronics.

Rochelle joined the team at Madison Planning's Westchester County office in 2006. In her role as Vice President, she continues to help individuals and families plan for the future, manage debt, handle complex family situations, and more. “I enjoy people, and people enjoy working with me because I understand and empathize with them. If someone is experiencing a financial issue, I may have experienced it myself or worked with someone who has. And I love to share real-world stories—they’re often the best way to illustrate a fact of life and provide perspective. The best part of my day is when someone tells me I’ve helped them feel understood and comfortable, and that I’m helping them take a step forward.”

Married to her high school sweetheart, Rochelle and her husband have three grown children and live in Westchester.